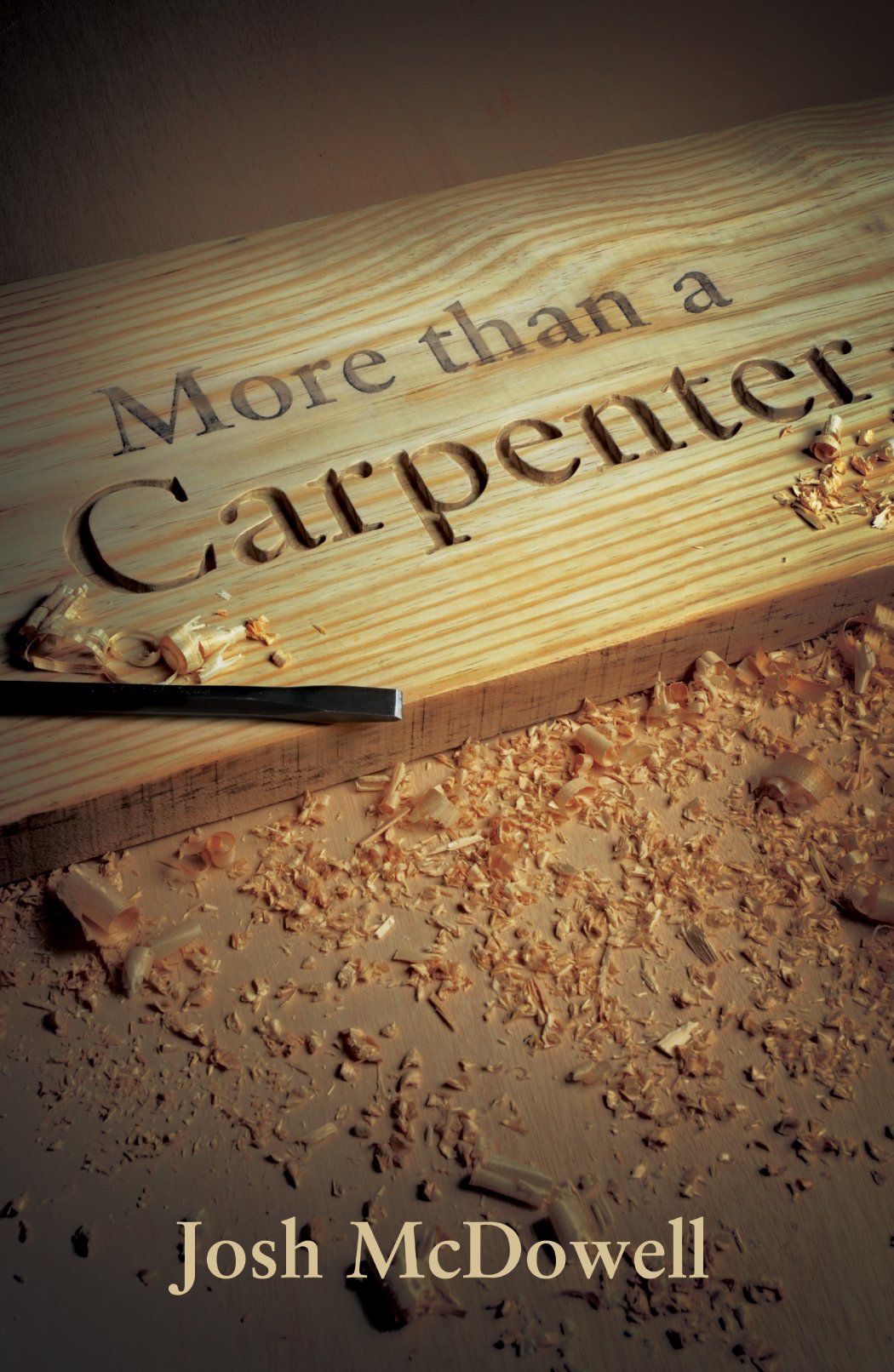 We have all heard, “Don’t judge a book by it’s cover.” But when it comes to More Than a Carpenter, it may be more about “Don’t judge a book by its size.” This little four inch by seven inch paperback has received praise from elite Christian apologists. This 2009, seven dollar book claims to have over 15 million copies in print. Since its initial release in 1977, it now claims to have over 30 million in print in over 150 countries and 120 languages. I had to figure out how this little book generated so much attention.

In the earlier editions, Josh McDowell is the sole author. This latest edition includes his son Sean who adds in a few details and ideas of his own. With this book being only a centimeter thick, Josh wastes no time telling his story. In 8 small pages, he shares his life’s testimony as a young man that desired meaning and purpose. He searched for it in church and university only to come up empty. It was not until he came across a group of Christians, that had a happiness that was not only contagious, but consistent. He had no desire for anything “religious”. But upon an invitation and challenge to explore Jesus rather than religion, he examined the intellectual claims. After months of rigorous investigation in hopes to prove Christianity to be false, he arrived at a far different conclusion. Josh eventually conceded that Jesus was in fact far more than a carpenter.

The remaining pages share his research and evidence with the reader to build a case for Jesus. And the case is quite compelling. This little book came off the heels of three giant popular books denouncing God. They are the prominent atheists of Richard Dawkins, Sam Harris, and the late Christopher Hitchens. They would often cling to science as their proof that God does not exist. But as great as science is, Josh points out the limiting features of its knowledge. For example, two unsolved mysteries of natural science have continued to be in the origin and fine-tuning of the universe. Not to mention that scientific proof is different from legal historical proof. Manuscript evidence, eyewitness evidence, and people’s willingness to die for Jesus, do not give any room to conclude that he was just a carpenter. He was either crazy... or he was God.

Then there is the argument of ‘evil and suffering’ atheists have often used as one of it’s strongest objections. And it is in fact a great objection. But this is usually countered with one of atheism’s greatest challenges: the argument of ‘objective morality’. Why is anything good or evil to begin with? Josh does concede that Christianity has committed awful things. But its contributions to the world have far outweighed those terrible acts. Especially in light of the 20th century atheistic regimes. It is the bloodiest century in history with over 100 million murders. There is no close second place to that.

These are brief samples of McDowell’s investigations that made him take a sincere look at Jesus. Many of these arguments are nothing new to me or many other Christians and skeptics. But they still have stood the test of time and have not been refuted in a convincing way. The research at times can outperform his writing. But the content is digestible, straightforward, and to the point. There is a sense of honest humility in Josh’s words. I would not say this is definitive evidence for the skeptic. It is a fantastic starting point. But only if they are willing to take a serious look and investigate Jesus further. Josh was a skeptic that took a serious look through his investigation. He encourages others to do the same. And there have been several examples of what happens when some take on that challenge.