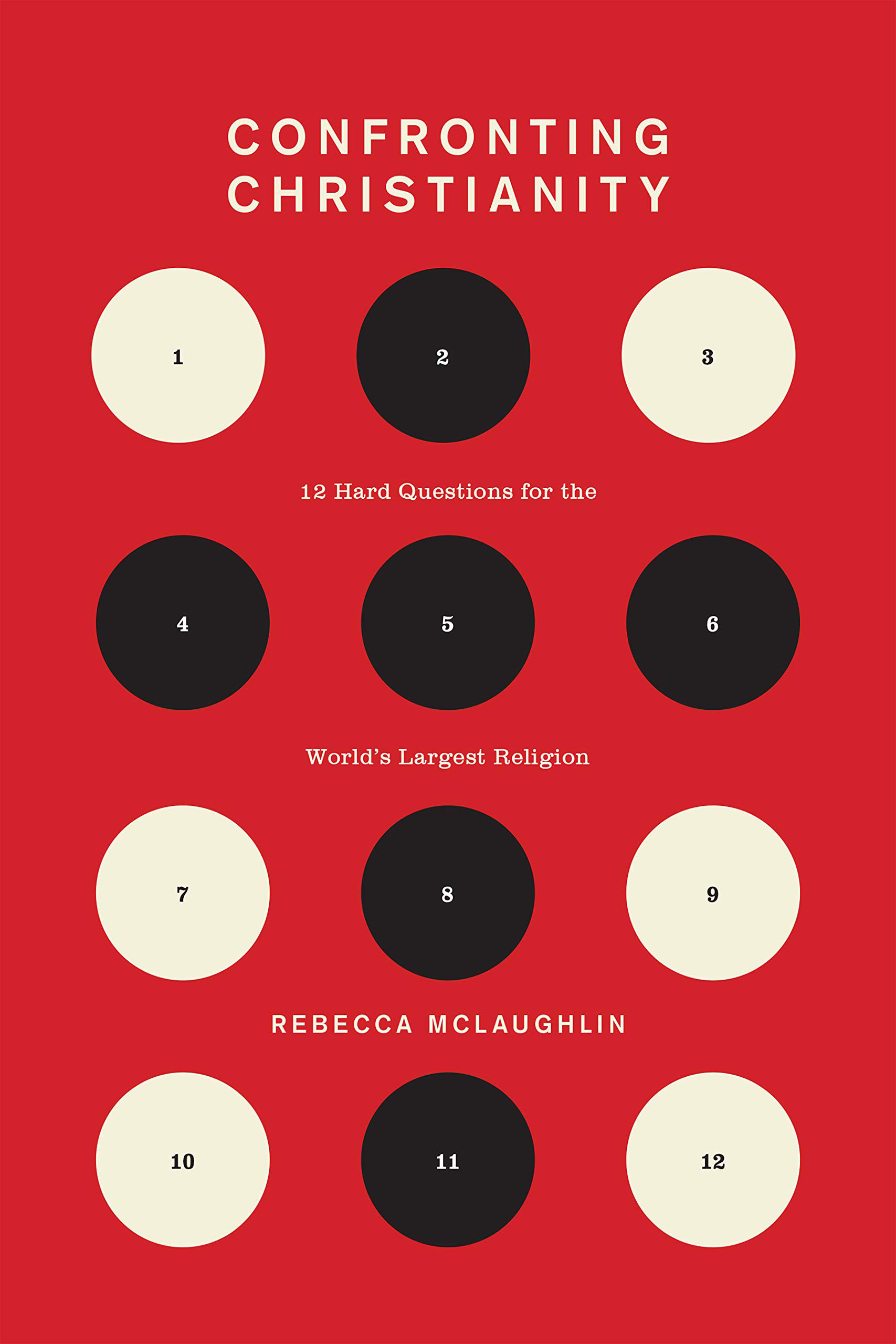 There are no shortage of difficult questions Christianity has to contend with. Rebecca McLaughlin attempts to answer 12 of them with her 2019 title, Confronting Christianity. Instead of sharing my thoughts, I instead would like to summarize each answer McLaughlin gives, and then share whether I agree with her or not. To be clear, these are short summarized compressed answers. This is not to make light of these questions and are in no way definitive one size fits all answers. So here we go:

1. Aren’t we better off without Religion? This question already has a flaw because not all religions are the same. There are too many religions in the world to give a proper assessment. The question should have stated, “Aren’t we better off without Christianity?” The title is called Confronting Christianity right? So if we assume this is a question for Christianity, McLaughlin’s answer is no. This is because it has contributed far more good than bad for the world. With that logic alone, it is easy for me to agree with her.

3. How can you say there is only one true faith? Well here’s the thing...Jesus said these things...Not Christians. Christians are communicating what Jesus said to the world. This question is for Jesus to answer. If one asked him this question, the answers are found through his life, teachings, death, and resurrection. That alone is enough to take a serious listen to what he has to say. He claims to be the only way and the only truth. His exclusive claim does not give Christianity the option to be just another "true faith". Because of that, McLaughlin and I come to the same conclusion.

4. Doesn’t Religion hinder morality? Once again this question is asking about Religion which McLaughlin herself would say “is an all encompassing term.” As for Christianity, we both agree that it does not hinder morality. If anything it provides a grounding for it. Just as we cannot have laws without a law giver, we cannot have morality without a standard. God is that standard of morality.

5. Doesn’t Religion Cause Violence? Again, with thousands of Religions in the world, it is difficult to answer any question in that broad of a term. As for Christianity, McLaughlin does say yes, but so have atheists or anyone who does not believe in religion as well. I would say that people who call themselves Christians have caused violence, but they were not living the way Jesus taught them to live. Which makes us all wonder if they were even Christian to begin with. Jesus never caused or commanded his followers to be violent. McLaughlin and I agree that Christianity in its purest form does not cause violence. But some Christians do not always live that out. But atheism in its purest form has created more violence. The past atheistic regimes of the 20th century shows us this.

6. How can you take the Bible literally? McLaughlin says that the Bible consists of several writing styles that we need to recognize. from historical narrative to poetry. We need to understand which style of writing we are reading. I too would say we are not meant to take the entire Bible literally. Even Jesus spoke many metaphors to illustrate and point to a literal reality. When Jesus says "I am the door", we know he is not a physical door made of wood or metal.

7. Hasn’t Science disproved Christianity? McLaghlin and I both agree that Christians were the pioneers of modern science. Some of the greatest scientific discoveries are because Christians embraced science. If anything, science helps prove Christianity to be true. For example, science helped us understand the fine-tuning of the universe. This discovery gives us reason to believe there is an intelligent designer and creator of our universe. There is order and design rather than chaos, luck, or chance. But as incredible as science is, it still has its limitations. Science explains “how” things work, but not “why” things work. Science also cannot explain the morality, meaning, purpose, or the value of our lives.

8. Doesn’t Christianity denigrate women? McLaughlin says no, and even says that Christianity lifts women up. I would agree as well. When you look at all the interactions Jesus had with various women, he valued and respected them. He went against the cultural bias and disparity at the time. Christianity teaches that men and women are both equal in value and worth. This alone has been a major force for women’s rights.

9. Isn’t Christianity homophobic? McLaughlin makes it clear that homosexuality is a sin. But for a person to sin does not mean Christians hate that person or have a phobia of them. Not supporting a sinful behaviour is not the same as having an irrational fear of it. Christians are commanded to love everyone. They can still love people and not approve of their sins. But since homosexuality is one of several types of sexual sin, all Christians one way or another have their own sin to battle and contend with. Christians need to die to themselves regardless of what the sin is.

10. Doesn’t the Bible condone slavery? This to me was the most difficult question for McLaughlin to address as she goes with a ‘Yes and No’ type of answer. While the Old Testament banned Slave catching. Slavery itself was not. But slavery was not meant to be this evil thing. Slavery was a different system in the Bible. It was a form of employment. There were also protections in place for slaves. They were considered equals and could advance in their positions. They could also have other positions such as being a Doctor or a teacher. God did punish the wrong kind of slavery and the abuse of slaves. This is very clear in Exodus. In the modern world, Christians actually led the movement to abolish the wrong type of slavery. Today, the good type of slavery is an outdated impractical system. The only form of acceptable slavery is a symbolic one of being slaves to Christ. This is because every person was bought with the price of Jesus' death.

11. How could a loving God allow so much suffering? McLaughlin references the apostle Paul's view of suffering in Romans 5:3-4. He explains how suffering produces character, endurance, and hope. So it is fair to say suffering is not always a bad thing. There is also the fact that God loves us enough to give us free will, even if our free choices lead to evil. God never promised life on this earth would be easy, but he did promise our suffering will be worth it. God also knows a thing or two about suffering through the death of his only son Jesus. He has kept track of every wrongdoing and every tear shed. There will be ultimate justice and he promises the suffering will all come to a permanent end in Heaven. That is the hope Christians cling to. Atheism does not have that type of hope, nor any type of permanent solution for suffering.

12. How could a loving God send people to hell? Both McLaughlin and I agree that God does not send people to hell; people send themselves to hell with the free choices that they make. God will not force us to be somewhere we don’t want to be. Hell is to make sure that evil cannot win. If we value justice the way God does, we want to make sure that those who caused evil and suffering receive punishment. Once again, this is another question incorrect in its phrase.

One way or another, I generally agree with all of McLaughlin’s answers. But will these answers generate enough satisfaction for the seeker’s heart? The world may always continue to wrestle with these challenges. But McLaughlin gives a valiant effort to help seekers untangle their confusion with grace and humility. She offers approachable and personal writing that is in tune with reality. Her stories and pop cultural references speak a language that can reach a wider audience. But her compassion for the seeker without compromising truth is what makes her writing shine the most. It allows readers to not only confront Christianity, but also to confront themselves.